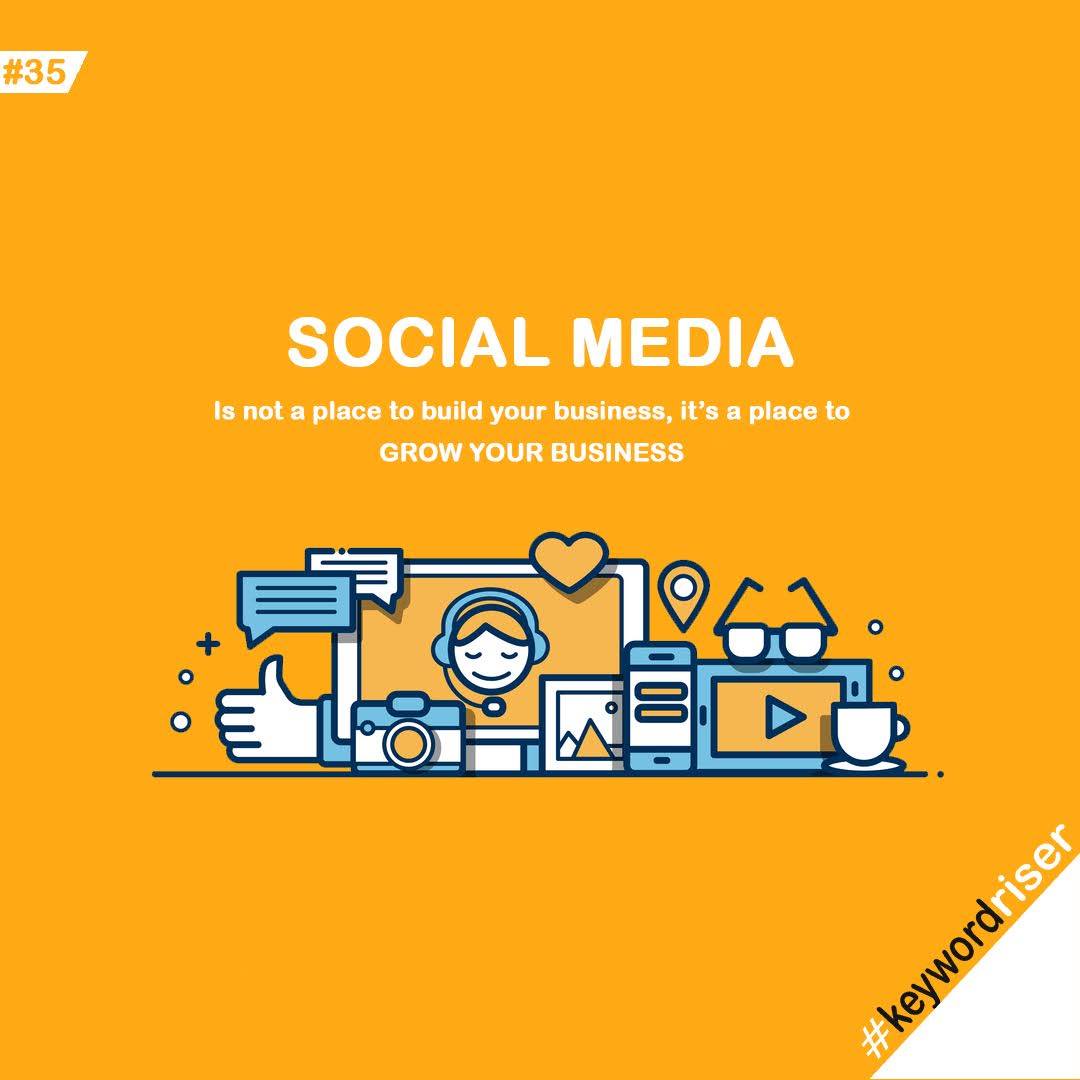 Facebook – has been one of the biggest players in this dynamic and vast game of online marketing. Or, perhaps, it’s even been the biggest.

According to mediakix’s recently conducted study – the average person spends at least 35 minutes a day browsing and scrolling through Facebook. This statistic itself is enough to convince a marketeer that targeting potential audience through a good and efficient delivery system of Facebook Ads could seriously benefit them.

Video content is of vital importance, especially when it comes to measuring the overall amount and volume of engagement it can bring towards a business, as opposed to other forms of generally available and used media like audio, images and texts.

Videos are not only more informative, but they also tend to keep users’ attention for a longer period of time. Users tend to engage with the business and each other a lot more after consuming video content. Not to mention, Videos infuse a sort of living element when it comes to comparing to the other forms of media. Data and information available in videos are dynamic in nature and are presented in a way such that all of it can be received by the viewer in the best possible way!

According to a recent survey, 54% of users around the world expect more video content now as opposed to other forms or types of media. The field of real estate can and should capitalise on this as much as possible as it is much better to provide viewers and potential customers with what they really expect and want.

One of the crucial things to consider whilst focusing on video content is that mobile friendly videos drive and generate a lot more engagement than videos that aren’t compatible with mobile.

Mobile has continued to reach its potential and beyond over the years. Those who picked it up all too early knew that everything was eventually going to transition in-to a much more compact medium; especially when it comes to using something that can literally destroy or transform the lives of these very people. But, continue to use it is what they did.

Today, every person who uses even a platform as well-known and wide-spread as Facebook, knows that most of the people who they know who use the platform – use it through their mobiles too. They know that mobiles have been designed for this very need that humans have been trying to chase for eons – having the world in your palm. A fully-connected and functional mobile device can give you all of this and a lot more.

94% of all Facebook Ad revenue comes from mobile. This is a mind-numbing number. In layman terms, it directly means that advertisers have wittingly chosen to advertise more through mobile because they know that most of their audience uses the platform through their mobile devices.

This is not only smart when it comes to saving excessive expenditure by choosing not to invest in desktop ads (because the majority just don’t use it anymore), but, is directly profitable for their business, because, in the end, they can only earn from a place where real people are actually found.

3. Make Use of Influencer Marketing

Facebook continues to grow; even beyond its 2 Billion mark, the numbers only continue to rise. This means that Facebook still stands tall as one of the biggest market places for businesses of a variety of categories. There are a lot of active users on Facebook every single day. One way or another, they end-up spending an average of at least 35 minutes a day. This amount of time and space made available – provides a tremendous opportunity to advertisers.

When it comes to influencers – there are mostly 3 categories in-to which they can be divided. Namely, they are – Mega Influencers, Macro Influencers, and, Micro Influencers. This segregation is almost always based on the criteria of the amount of following that a certain entity/person who calls themselves/itself as influencers.

Mega Influencers mostly comprise of celebrities, socialites, actors, sportspersons, and other really famous people. Macro Influencers are those that do not have as much of a following as the celebrities above them, but, are still well known in and around their domain. This category mostly comprises of fashion models, fashion stylists and all the kind of people whom a lot of other people want to learn from. Micro-Influencers mostly comprise of a much smaller segment of a market; widely known as a niche. The influencers from this particular segment are looked up – regularly with respect and trust – by at least a 1000 people.

Depending on a real estate agencies' needs, they should approach the kind of influencers that would help them in the best possible way. This can easily be done by conducting even a bit of a thorough research about this aspect of marketing.

By April 2016, everyone who already had and those who wanted to join the platform – would have the exquisite privilege of going live to the rest of your world. Yes! Actually going live! The kind of live that you see on television – be it in sport, news or any other events being covered in real-time.

Facebook had run a couple of trial runs before the feature was made for everyone registered on the platform to freely use. They’d unlocked the feature only to a particular group of people – influencers; or people with a large number of followers. It was an instant hit and they knew that it was going to work extremely well for them. Both – in-terms of acceptance, likability and usage of the feature to the obvious benefit of allowing more opportunity for users to not only stay on the platform i.e. not leave it for another one, but, also be thoroughly engaged.

For the domain of real estate, Facebook Live has been a huge boon. The industry and almost all of its players immediately realised the kind of top-notch potential they would have – to grow their business whilst keeping their users allured and engaged a lot more.

5. The Importance of Stories - Ads

In just within 14 months since its launch in the March of 2017, Facebook Stories had garnered over 150 million users. And, considering there were quite a few other platforms (Mostly Snapchat, Instagram, Messenger & WhatsApp) already offering this feature to their huge database of users, Facebook did extremely well for adapting this function on to their platform. And, mind you, they were really late to the party too.

According to the consulting firm Block Party, the creation and consumption of Stories have increased by 842 percent since early 2016, so they’re growing 15 times faster than feeds.

There is another statistic that shows there has been an overall increase of more than 800% since the feature of ‘Stories’ launched. Although, this number reflects an encapsulated effort from the overall group of platforms that come under the Facebook umbrella – Instagram, Messenger, WhatsApp. Yes, Mark might just be an alien. These kind of numbers provide a humungous amount of potential to a field of business such as real estate that requires the showcasing of not only visually stimulating content, but, also real-time and engaging content and information.

Real estate agencies can use stories and the various functions within it to better showcase their products and services whilst also providing real-time and accurate information. Stories have been designed for more daily life showcasing as opposed to content on news feeds; hence, to keep it smoothly functional for its right-most applicability – its been made (across every platform) such that it only lasts for 24 hours from the time it has been uploaded.

Through Facebook Stories, real estate agencies can showcase their daily on-goings like office affairs and functionality, property showcasing, spread the accurate word when it comes to providing information about certain subjects, topics, events, and, a lot more.

The use of smart bots, machines and other such related technology is increasingly growing in numbers. A lot of companies are flocking towards using such advancements to make their businesses run quite a bit more easier and smoother. Augmented Reality has also found a way in to the fields of several businesses, including of course – real estate. Facebook had recognised the potential of how such quirks add to the sparkle that several billions are looking for; and, augmented reality – when used gracefully and strategically – will give you just that, and perhaps – more.

The advantages of using Chat-bots do not just end with the use of a few generic lines, but, these vastly intelligent bots can do as much as refer more relevant information to the user who it is communicating with. It has capabilities of studying and analysing huge quantities of data and presenting it in a qualitative way. Thus, they can recommend (almost) exactly what a particular user needs.

There is hugely popular service being abundantly used by realtors and other such agencies in the U.S.A – known as Rex. This AI service allows the targeting of potential buyers through analysing data from social media platforms – placing particular emphasis on Facebook and Instagram ads.

our Facebook profile is a part of the your (online) identity. What you choose to share with the rest of the world eventually can be broken down in-to the kind of person you are i.e. traits of your personality and shades of your character – that can be further converted in-to a digital profile that would be beneficial for advertisers. This was the whole idea that took over the body, mind and spirit of Mark. Somewhere, even subconsciously, he knew that this was where it is was headed.

A large-scale community could have a certain level of autonomy, especially when it comes to choosing the kind of data they want. And then, would step-in the advertisers and their ads, to pepper each individual feed with ads that would be of as much relevance to the user as possible.

In the same context, for a business, their Facebook Business Page becomes their identity. What they choose to add to the page and how and in what light they want it to be seen can mostly be controlled by the business whose page it is. Hence, it is vital that if a business wants to be seen as a trust-worthy associate – based on the past, or, brightly shine in the present, and, expand and grow in the future – they would certainly have to invest their resources towards this aspect. Creating a page is not a task at all. It’s just as easy as creating a personal handle. What the hard part is, and what most fail to do – is to consistently work towards keeping it active and alive in such a way that it is also constantly seen as a valuable source of information.

A real estate agency must focus on several of the key aspects in regards with how they can maximise their outreach through their page. Practices like – using fresh and mouth-watering media content like images, GIF’s, text and video, updating every section of the page with accurate and up-to-date information, using call-to-actions buttons is very important especially when it comes to fulfilling the requirement of establishing quick communication with a potential customer, etc.